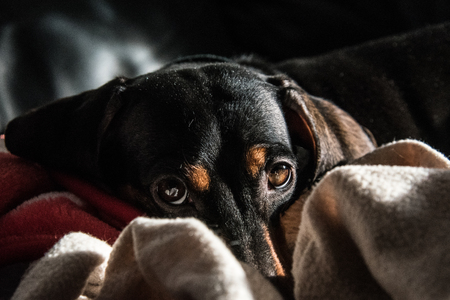 For most, their dogs are a huge stress reliever. After all, there’s nothing better than coming home from a long day and seeing your pup waiting to greet you! That’s why it can be shocking to learn that many owners accidentally stress their dogs out without realizing they’re doing so.

Here are a few things that you could be doing that may unintentionally make your dog anxious!

Dogs need consistency—it brings them comfort. When you occasionally let rules slip because your too tired to discipline them, it can cause confusion. Do it too often and it may be hard for them to understand what’s acceptable behavior and what’s not. Try to stay consistent with your rules and boundaries.

Giving them that finger point that they know all too well

Although it may be a gut reaction for owners to point and shake their finger while angry, it actually is one of the highest stress inducers for your dog. You must remember that your trusted companion may not remember his wrongdoings that have earned him a stern tone of voice and finger point, but he will understand that you are angry and just that will cause a high level of anxiety for him.

Just like pulling that pointer finger out when we’re angry, saying the phrase “it’s okay” is also a gut reaction of humans when trying to be comforting. However, to your dog, the phrase heightens their anxiety since it is now associated with their least favorite things: going to the vet, clipping their nails, or bath time!

Patti’s Dachshund Farm is a full service breeder of Miniature Dachshunds that believes in providing each and every client with the highest quality Dachshund Puppies for sale, not only in Alabama, but Nationwide. Interested in adopting a puppy? Call us at 334-385-2600 or send us a note via our contact form!