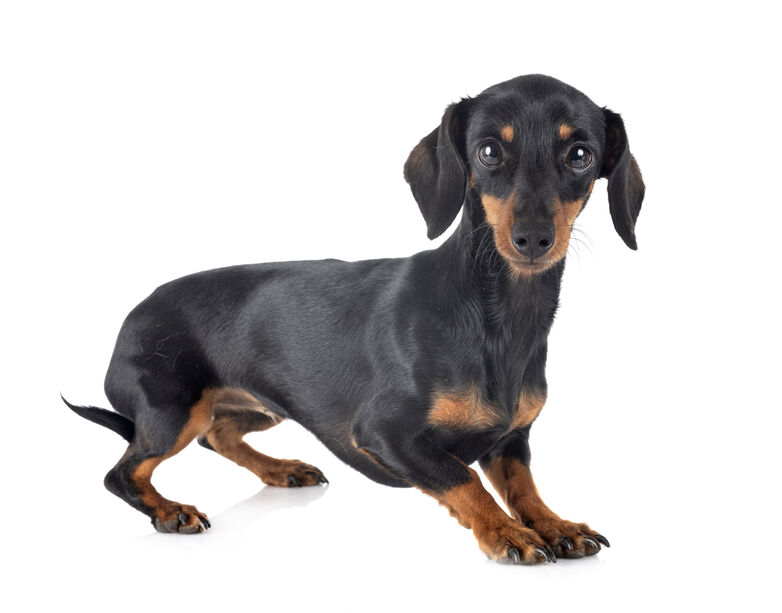 Have you ever wondered where dachshunds get their unique body shape? They’re long and skinny, with short little legs – not exactly your typical pup!

As it turns out, these unique dogs have something called a “wolf gene” to thank for their short limbs and long torsos, and it actually started way back before the breeds we are familiar with even existed. Read on to learn more.

Dachshunds lost the gene pool lottery, so to speak, thousands of years ago when they developed a genetic mutation on one of their growth genes. After studying the genetic makeup of many different dogs, scientists concluded that there was a wolf gene in the mix that got spliced into the dachshunds’ genome sometime after the divergence of more modern dog breeds from wild wolves. When the wolf gene showed up, it caused changes in the genetic makeup of the resultant pups, resulting in the distinct dachshund we have today.

The mutated growth-related gene is believed to cause growth to occur at unusual times during fetal development. In other words, the legs and torsos of dachshund puppies grow at different times and rates than other dogs. That is why dachshunds look so different than most other dog breeds.

The genetic malfunction can be considered something similar to doggy dwarfism. While the dogs are perfectly healthy – and delightful and playful, among many other qualities – their genetics are quite different from that of their early ancestors. But that doesn’t mean we love them any less!

If you’re a dachshund lover and thinking about adding a new pup to the family, take a look at some of the puppies currently available at Patti’s Dachshund Farm! Stop by today if you’re in the Arlington, Alabama area, or call us at 334-385-2600 to set up a time to meet and learn more about adding one of my pups to your family.