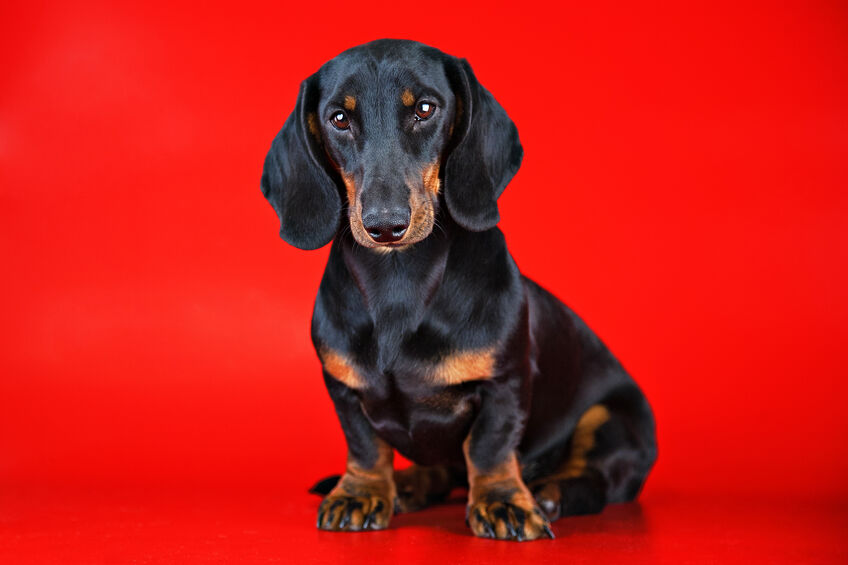 All dogs shed, including dachshunds. But how much they shed and how often varies from dog to dog. So, how much can you expect your dachshund puppy to shed? While dachshunds don’t shed as much as other dogs, the amount they shed will depend on which type of dachshund you have.

Long-haired dachshunds shed more than short-haired dachshunds, but only during certain times of the year. This is because they have long, fleecy coats that keeps them warm during the colder seasons. So, you won’t see much shedding during the fall or winter, but once spring rolls around you can expect shedding to ramp up as they get rid of their winter coats. Thankfully, this only lasts for a few weeks.

Wire-haired dachshunds shed the most out of all three. They have a fleecy undercoat similar to long-haired dachshunds, but with a short, rougher outer coat. They also have extra facial hair. As a result, their coats require more maintenance than other types of dachshunds. They don’t shed constantly, but rather have periods of heavy shedding about twice per year.

Have more questions on how to care for your dachshunds? Then contact Patti’s Dachshund Farm today!