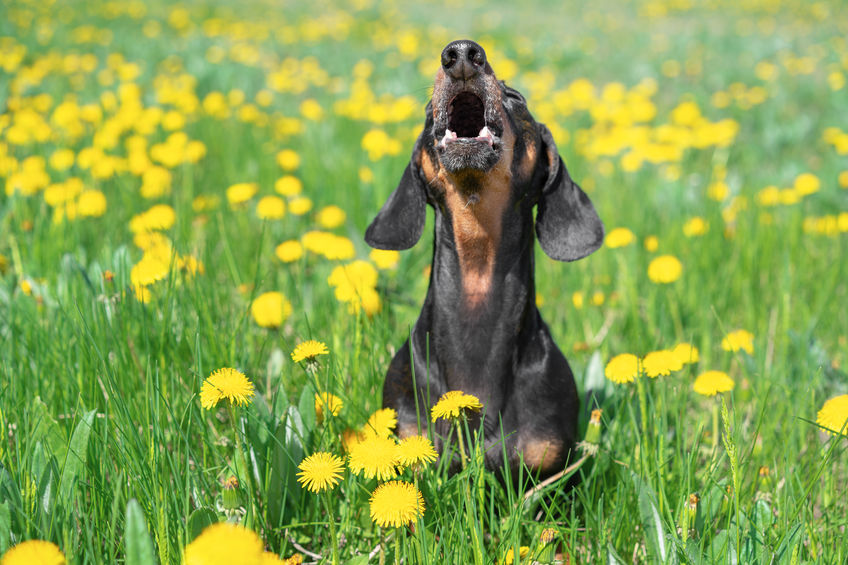 Dachshunds are a wonderful breed, but just like any dog, they have a tendency to bark. A few barks here or there is par for the course, but when the barking becomes incessant, it can be hard to deal with.

Thankfully, there are several ways to stop your Dachshund from barking:

Why is my Dachshund barking?

Before we get into the how, we first need to get into the why. In many cases, a dog’s bark is its natural alarm system, used to protect their territory and loves ones from intruders. From your dog’s point of view, they’re not doing anything wrong. In fact, they’re actually trying to help you. Dogs also bark when they’re having issues like separation anxiety or fear.

How to stop the barking

Trying to punish your Dachshund by screaming back at them is not a good idea. It could actually rile them up even more than before. Distraction is a much better option—diverting their focus to something else other than what is agitating or scaring them.

A Dachshund needs to learn when barking is appropriate and when it’s not. Realize that Dachshunds, in particular, want to get their energy out any way possible. If they’re barking a lot, show them more attention than normal, and take them for a nice walk on a daily basis so they get the exercise and activity they crave. Whenever possible, pay attention to your Dachshund and play with him or her. They’re social creatures and don’t want to be ignored.

Dachshunds, like people, have a desire to be understood. They tend to use barking to communicate without realizing the negative effects. Attend an obedience class so you and your dog can understand each other better. Just remember that it will take a great deal of commitment and time at home to follow up.

The best way to keep your Dachshund from barking is to get their training off to the right start. If you’re looking for an adorable Dachshund puppy, visit Patti’s Dachshund Farm today.