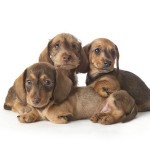 So you’ve decided to get a cute, little Dachshund puppy and now it’s time to pick out a name for your new furry friend.   Sometimes you’ll get lucky and you’ll take one look at your puppy and just know the perfect name.   Maybe their coloring will help inspiration strike.   Tan like a… Read more » 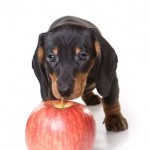 Raising a puppy can be a very long and tedious process because you want to make sure they are not only well-behaved but healthy as well.   You can feed it the simple run of the mill puppy food from the store, but sometimes that doesn’t have everything they need.   So when that time… Read more »

Study after study reports that having a pet provides a rainbow of health benefits from lowering stress and blood pressure levels to improving your mood and outlook on things. Did you know that owning a pet may also have an effect on your social life? Becoming a Social Butterfly Usually when people walk down the… Read more » 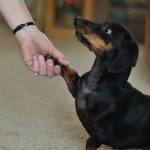 We love our puppies and every breed has unique characteristics and needs. Dachshunds are a social and affectionate breed.   They love every interaction with you and the praise you give them, and simply petting and grooming them brings them a lot of happiness.   If you feel like you can’t think of other activities… Read more » 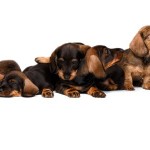 Thinking about throwing a party but aren’t sure what the theme should be? Don’t let your indecisiveness stop you from throwing the party of the year, throw a puppy party.   So, what is a puppy party?   Dog breeders or other animal organizations will bring puppies to your party for everyone to snuggle, pet… Read more » 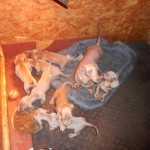 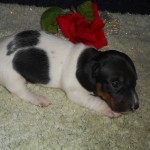 Finding a lifelong friend is no small feat; the search for a perfect fit is tough. There are so many breeders out there and unfortunately, some who are claiming to be something they aren’t, and without the best interest of the dogs in mind.   When you find a legitimate, caring and educated dog breeder,… Read more » 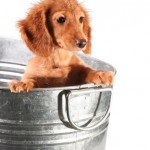 Do any pup owners out there have a hard time getting their dog to cooperate during bath time? Do any of those pups just have too much fun, and then you end up the one who gets wet?   Well, regardless of your pup’s quirks during bath time and whether he/she likes it or dreads… Read more » 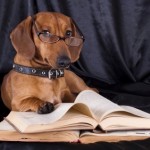 Dachshunds are an incredibly intelligent breed that can master simple tasks fairly quickly. However, the one exception to this known fact is potty training as dachshunds are notoriously difficult to potty train. It takes a lot of time and patience to get a dachshund to go to the bathroom in designated areas. Some dog experts… Read more » 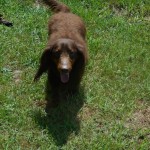 You may not know this, but just like people, puppies can get sunburn, too! Their sensitive skin is prone to sunburns and skin cancers just like ours, and it’s important that you protect your pup from the summer sun this season by being mindful of their outside play and using sunscreens when necessary.   Most… Read more » 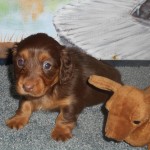 In your dachshund’s first months of life, they’re likely to be relentlessly curious about all the new and exciting things they see through their freshly opened eyes. It’s a wonderful thing to watch, but it can also get puppies in trouble from time to time. In this entry, we’ll help you puppy proof your home… Read more » 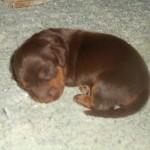 So, you’ve just adopted the most wonderful puppy, begun to housetrain him, and have set your sights on teaching him to give you a high-five. What’s next? One important skill that many puppies these days don’t learn is how to be social. Puppies that are socialized will be friendlier, less aggressive, and less frightened of… Read more » 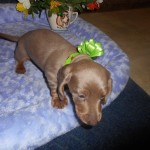 Puppies, just like people, can be allergic to certain foods in their diet. These allergies can manifest in a number of ways, and can be hard to determine given the diverse mix of ingredients in many puppy and dog food brands. Thankfully, food allergies in dogs are not fatal and can be identified and managed… Read more » 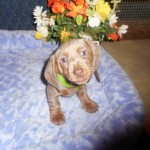 Charles Shulz, in his beloved Peanuts comic strip, once said that happiness is a warm puppy. As anyone who’s ever had the pleasure of being in the company of a dachshund puppy will know, Mr. Shulz couldn’t have been more right.   Nothing warms the soul like having a newborn puppy around. The opportunity to… Read more » 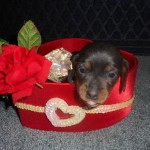 Over the course of the past twenty years, in stark contrast to its fast-food past, America has become an increasingly health conscious nation. Concerns about inadequate nutrition came to dominate the media spotlight at the turn of the 21st century, resulting in an unprecedented campaign to improve the health and well-being of our nation’s citizens…. Read more » 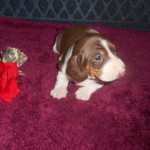 Canine parvovirus, colloquially known as parvo, constitutes one of the foremost health concerns for newborn puppies. This common viral disease is highly contagious, particularly among puppies under the age of four months. Not only is the virus transmissible between dogs via direct contact, it can also survive on surfaces for long periods of time. Likewise,… Read more »

Winter is coming at us fast and early this year, which means freezing temperatures and a decrease in daylight hours. However, just because you could do with a little hibernation this season doesn’t mean that your dog can. Despite what the weather may be like outside, it’s very important that your dachshund get the… Read more »

My Gracie, a Silver Isabella and Tan had 9 little babies today.  This is a RECORD for me.  I have never had a Miniature Dachshund in 40 yrs to have 9 little Miniature Isabella and Tans, Gold, and Silver.  They are all well and doing fine.  My little Sonya, who had 5 puppies, is helping… Read more »